In a politically charged era where activism is considered noble, HR managers are confronting new challenges in the workplace in an attempt to find balance between the expression of disparate views while maintaining a productive and cohesive workplace.

Just Another Day at the Office

IT specialist Peter is a devout Catholic. His cubicle displays a Papal flag and other religious items. Several pro-life slogans are also posted on its walls. Sandra is a purchasing specialist who is passionate about social causes. She marched in the Black Lives Matter demonstrations and displays a BLM poster on the wall of her cubicle. She has also posted several slogans that disparage certain politicians. Maura, who works in logistics, is a veteran and very patriotic. In her work area she proudly displays the American flag. She also displays a “Don’t Tread on Me” flag and several slogans with conservative messages. Ray is a manager in finance. He is openly gay, and his cubicle displays the rainbow flag and other slogans in support of LGBTQ causes.

Welcome to the new HR reality.

There was a time when most companies tried to foster at least the appearance of social and political neutrality. But in today’s politically charged environment, where “silence is violence” and activism is widely encouraged, many corporations see value in championing social or political causes both publicly and internally. As a result, the workplace has become an ideological battleground.

Some examples of companies taking social and political positions include Hobby Lobby, a conservative company that, in highly publicized legal battles, ultimately won the right to refuse to pay for insurance coverage for contraception for its employees. Another is Disney, which publicly denounced Florida’s House Bill (HB) 1557, Parental Rights in Education, more commonly known as the “Don’t Say Gay” bill. Other examples include companies that gave employees paid time off to march in BLM protests or companies that fly the Pride flag on the company flagpole during Pride month.

Whatever the motivation behind companies’ social or political influence over the workplace, employees often receive mixed messages from management regarding what is and isn’t acceptable “activism.” Further problems can arise when management pushes the corporate culture right or left, leaving the opposite-leaning group of employees feeling disenfranchised. For example, Disney spoke out publicly against the Don’t Say Gay bill, but only after a number of its employees protested because it hadn’t taken a stand. A group of other Disney employees responded by publishing an anonymous letter asking the company to remain politically neutral and explaining how they feel they no longer have a place in the company.

In addition, many companies now implement policies and/or require employee training that promotes diversity, inclusion, and the right to express views without judgment. At the same time, companies seek to avoid workplace distractions that interfere with productivity, as they always have. What are an employee’s rights to engage in activism in the workplace?

There’s no free speech right in the private workplace. While at work, state, federal and local governmental (public) employees enjoy the right of free speech reserved to each American citizen under the U.S. Constitution. The right of free speech does not extend, however, to the private-sector workplace. In addition, while private employees are free to express themselves when outside of the workplace, an employer may discipline employees if they make public statements that harm the employer’s reputation, for example on social media.

Employers need to be careful, though. An employee can file a claim against an employer if its reaction to a public statement could reasonably be characterized as discriminatory under one of the bases protected by federal or state law. For example, Peter’s employer could be subject to a discriminatory retaliation claim if it disciplines him in reaction to an off-premises, public statement claiming his employer is unfairly restricting pro-Christian employees from observing their religious beliefs in the workplace.

The employer owns the place. It’s easy for private employees to forget the employer owns the walls, cubicles, computers, phones, and all workplace-generated data. In Wisconsin, private employees have no legal right to display any personal media around the workplace or even on their person while at work. A private employer may restrict completely or require employer approval of anything an employee chooses to display within the workplace. Ironically perhaps, even though Ray’s employer flies the Pride flag on the corporate flagpole for all to see, it has the right to require him to take down the Pride flag in his cubicle.

Policies applied consistently to all employees aren’t discriminatory. Any one of our four example workers could allege discrimination if individually required to remove their flags, banners, and slogans from their cubicle. Each is protected from discrimination on obvious and well-known bases: religion, race, veteran status, and sexual orientation.

The key to avoiding a discrimination claim is to apply the requirement to all employees, regardless of the nature of the material displayed and without exception. This can mean that something as generally accepted as an American flag may be prohibited. An employee may argue the employer flies the American flag on the corporate flagpole, so they should be able to as well. But as mentioned above, it’s the employer’s flagpole and place of work, not the employee’s.

In Wisconsin, an employer can discriminate based on political affiliation. When it comes to discrimination, neither the United States nor the state of Wisconsin recognizes membership in a particular political party as a protected class. Therefore, a private-sector worker who feels they are being targeted for adverse treatment based on their political views doesn’t have legal recourse against their employer.

Regardless of how outspoken an employer may be, private-sector employees don’t have a legal right to promote their personal political or social views in the workplace. It’s up to the employer to implement uniform, appropriate policies to create the environment and culture it desires. The key is to be consistent. 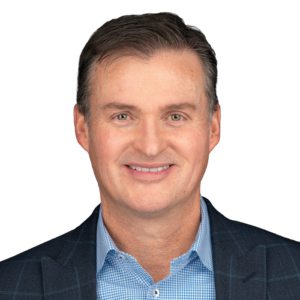