“D’oh!” What Separating Couples Can Learn from “The Simpsons”

The executive producer of “The Simpsons,” Al Jean, recently announced that Homer and Marge Simpson will legally separate during the upcoming season of “The Simpsons.” In an interview with Variety magazine, he explained that Homer Simpson has narcolepsy and will fall in love with his pharmacist, to be voiced by Lena Dunham. Understandably, this news sent shock waves through the internet forums of devoted Simpsons fans until Al Jean clarified on Twitter that Homer and Marge are not actually breaking up.

Fans of the show know that there are many episodes in which Homer and Marge temporarily split up, only to be reunited in the end. If Al Jean meant to imply that Homer and Marge are simply going to “take a break,” then he was wrong to call it a legal separation.

What is Legal Separation?

What is the Difference Between Legal Separation and Divorce?

Once the legal separation is granted, the couple is no longer married but they are also not quite divorced. Although each person will file individual tax returns and will not be linked to one another in any financial transactions, neither person can get remarried. Additionally, neither person will be allowed to revert back to a maiden name, contrary to what occurs upon divorce.

So why bother getting legally separated, you ask? There are a couple benefits of legal separation that a divorce cannot offer. Some health insurance policies allow a legally separated spouse to remain on the same policy after the separation. This may be especially useful if one spouse is self-employed, unemployed, or does not otherwise have access to affordable health insurance. Also, if the couple ever choses to reconcile, their legal separation could be easily revoked and they would automatically resume their status as a married couple, as opposed to having to get remarried.

Before deciding whether to get divorced or legally separated, many couples participate in a trial separation, in which they informally live apart and separate their finances. This is done privately and without any court involvement. As a result, it does not change either spouse’s legal status as a married person, no matter how long the couple lives apart. Just as Homer and Marge have done countless times before, the couple can resume their normal marital relationship at any time. The only way a married person in Wisconsin becomes “unmarried” is through a divorce, legal separation, annulment or death.

Much to the joy of all Simpsons fans, it sounds as though Marge will be putting up with Homer’s laziness for many seasons to come. 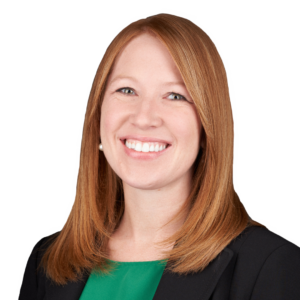