On June 3, 2015, the Wisconsin Court of Appeals released its opinion in Dilger v. Metropolitan Property and Casualty Ins. Co., 2014AP1851. Following up on the Wisconsin Supreme Court’s decision in Kontowicz v. Am. Std. Ins. Co., 2006 WI 48, which prescribed the requirements a third-party must meet to collect interest under Wis. Stat. § 628.46, the Dilger court addressed two primary issues: 1) when does a question of clear liability on the part of the insured arise; and 2) must an insurer surrender its claim file during discovery in a non-bad faith action.

On December 11, 2009, Paul Dilger, an on-duty Brookfield police officer, while walking on the shoulder of a highway, was struck from behind by a car in a hit-and-run accident. He suffered significant and permanent injuries that ended his career. The automobile that hit Officer Dilger was being operated by Christine Druecke, who had been at a bar drinking alcohol for several hours before the accident.

On September 22, 2011, Ms. Druecke pled guilty to the hit-and-run, and she was sentenced to jail on January 5, 2012. On February 14, 2012, Dilger filed a second demand seeking the $500,000 limit under the driver’s auto policy and $1 million under the driver’s umbrella policy, plus interest under Wis. Stat. § 628.46. Metropolitan settled the case in January of 2013 by paying its $1.5 million policy limits, with Ms. Druecke paying $40,000 out of her own pocket. Following settlement, the court dismissed all claims, except the claim for statutory interest.

Before the court made its interest determination, Dilger sought production of Metropolitan’s complete claims file. Metropolitan refused to produce the file, asserting work-product and attorney-client privileges. Dilger’s subsequent motion to compel production of the claims file was granted.

The trial court determined the driver’s guilty plea resolved any question of liability and the insurer was on notice it must pay because the damages greatly exceeded the policy limits. Accordingly, the trial court awarded Dilger interest on the initial $500,000 beginning on the driver’s sentencing date and interest on the $1 million from March 18, 2012, thirty days after Dilger made his claim. The total interest awarded was $178,191.78.

Metropolitan appealed the award of interest and the order to turn over its claims file. Dilger cross-appealed, arguing interest on the $500,000 should have been calculated from the date of the guilty plea and not the date of sentencing.

Under Wis. Stat. § 628.46, a third-party claimant is entitled to recover interest if the claim is not promptly paid. A claim must be promptly paid: (1) when there is clear liability; (2) a sum certain is owed; and (3) written notice of both is provided. A claim is considered “overdue” if not paid within 30 days of being furnished with the written notice. The statute is intended to encourage prompt payment of claims.

The primary issue in Dilger is when did liability become clear. If an insurer has sufficient information to conclude it may not be responsible for paying a claim, then the statute does not apply. To deny the claim without accumulating interest, the insurer must have enough information to make the question of coverage “fairly debatable.”

Trial courts have significant discretion in determining whether an insurer has reasonable proof of nonresponsiblity for purposes of determining § 628.46 interest. Appellate courts will not reverse the trial court’s finding unless it was clearly erroneous. In Dilger, Metropolitan argued that Dilger’s actions, such as not wearing a reflective vest, walking in the direction of traffic, rather than against it, and failing to hear the vehicle before impact all showed he was contributorily negligent. While the appellate court found the insurer’s arguments viable, it affirmed the trial court’s finding because it was not clearly erroneous.

Similarly, the court of appeals agreed with the trial court’s reasoning that interest should be calculated from the date of sentencing and not the date of the guilty plea. The court reasoned that sentencing was the proper date for calculating interest because the defendant could have changed her plea at any time before sentencing. Though Dilger argued a June 2011 report found in the insurer’s claims file indicated the driver was 70% to 100% at fault, the appellate court could not say calculating interest from the sentencing date was clearly erroneous. Thus, the trigger date as determined by the trial court was affirmed.

The Dilger decision also clarifies when a third-party claimant may gain access to an insurer’s claim file. The trial court granted Dilger access to the insurer’s claim file during discovery, which the court of appeals held to be an error. The appellate court made it clear that claim files are materials prepared in anticipation of litigation. As such, they are subject to the work-product privilege. Except in limited instances, materials that fall under the work-product privilege are not discoverable by third-party claimants. Though, in this instance, the error was held to be harmless, Wisconsin courts are on notice that insurer’s claim files are protected and can only be reached in limited instances, such as cases involving first-party, bad faith tort claims against insurers. 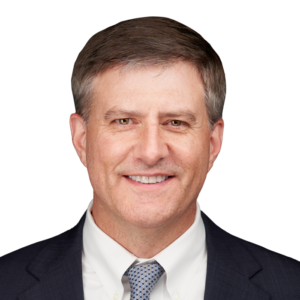