There is a considerable amount of controversy regarding newly proposed iron mining legislation, known as SB/AB-1. The legislation is controversial because it potentially pits economic growth and job creation against stewardship of and preservation of the natural environment. Additionally, there is a partisan component to this legislation, as well as a competing bill that is being circulated by several senators.

Mining is not new to Wisconsin: it is a part of our heritage. As all Wisconsinites know, we have a miner on our State flag; and Wisconsin is known as the “Badger” state, named after the underground lead miners of the 19th and early 20th centuries. There also is general acknowledgement that current mining technology is in many ways superior to mining techniques of the past. However, it is also important to recognize that the proposed Gogebic mine, which is the catalyst for the iron mining bill, will be a huge open-pit mine in close proximity to Native American tribes and invaluable natural resources, including lakes and trout streams that support our important tourist and recreational industries. Like mining, a clean and healthful environment is also part of Wisconsin’s heritage. The challenge, therefore, is to strike the proper balance between competing industries and values.

SB/AB-1 does not expressly roll back Wisconsin’s environmental standards. The stated objectives of the bill’s sponsors is to ensure that any iron mining company coming into Wisconsin reasonably complies with all the ground water, air, and all other environmental standards. Native American tribes, environmental and conservation organizations, and some local governments oppose this bill, however, because it affords a mining company certain exemptions from environmental standards, and may be administered to elevate mitigation over impact avoidance. Additionally, the bill streamlines the permitting process, which may be inconsistent with applicable federal permit processes, resulting in a more expensive overall approval process or inconsistent permitting requirements.

Another objection is that the bill would allow a mining company to fill or otherwise damage nearby lakes and rivers. Opponents assert that such activities would violate our constitutional Public Trust Doctrine, which requires the State to protect public rights to access and freely use public water bodies, including the State’s navigable waters. The bill does allow mitigation, i.e., which allows for replacement or restoration of water bodies that are damaged, at a ratio of 1.5 acres for each acre disturbed. The Public Trust Doctrine, and whether mitigation is a reasonable or appropriate tool to offset the damage caused by a mining operation, are likely topics for further debate and resolution.

Passage of SB/AB-1, an alternative bill, or some modified version of either, is unlikely to resolve these and other controversies surrounding the proposed Gogebic mine. Any legislation can be challenged for a variety of reasons, both procedural and substantive. Neighboring tribes and others may challenge this legislation in the courts; and federal agencies, including the U.S. Army Corps of Engineers and Environmental Protection Agency, likely will pay close attention to any state mine permitting process, to ensure that all federal standards are satisfied.

Wisconsin has a proud heritage of both mining and environmental stewardship, and has a recent history of environmental management to support both manufacturing and recreation-based industries. The proposed mining legislation and its aftermath are an important indicator of how well we balance and sustain those values. 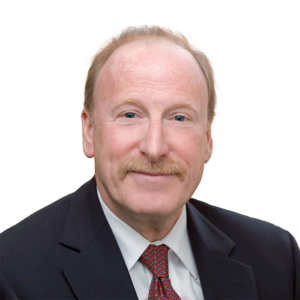