This article is co-authored by Attorneys Michelle Martin and Sara Beachy.

The Wisconsin Supreme Court recently decided Hoffer Properties, LLC v. State of Wisconsin, Department of Transportation, a case involving the elimination of a property’s direct access points to a controlled-access highway.  In Hoffer, the Wisconsin DOT took two actions: (1) eliminated Hoffer’s direct access to State Trunk Highway 19 in Jefferson County, Wisconsin; and (2) acquired a portion of Hoffer’s property to extend a road to be able to connect the Hoffer property to Highway 19.  Hoffer sought compensation not only for the portion of the property that it acquired but also for the elimination of its direct access to the highway.

Hoffer acknowledged that Highway 19 was designated a controlled-access highway under Wis. Stat. § 84.25.  Hoffer also conceded that under that statute, the DOT could eliminate access points to a controlled-access highway.  But Hoffer argued that it was entitled to compensation for the taking of its access points if it was not provided with alternate access that is reasonable.

First, the supreme court affirmed that the controlled-access highway statute (Wis. Stat. § 84.25(3)) allowed the DOT to change the access of Hoffer’s property to Highway 19 “in whatever way it deemed ‘necessary or desirable.’”  Such action is a valid exercise of the DOT’s police power, and, therefore, not compensable as long as the DOT provides alternate access that does not deprive the landowner of all or substantially all beneficial use of the property.

Second, the supreme court determined that when the DOT changes a property owner’s access to a controlled-access highway, and other access remains, the property owner is not entitled to compensation as a matter of law. No determination of reasonableness is required. So long as some access to the controlled-access highway is provided, the elimination of direct access is not a compensable taking.

The supreme court expressly rejected Hoffer’s argument that reasonableness of access was a question for the jury. The court concluded that because the DOT’s actions did not result in a compensable taking in the first place, there was nothing for a jury to determine, and, therefore, the reasonableness of the alternate access point was not at issue.

While this decision seems to imply that once the DOT designates a highway as a controlled-access highway that it can just eliminate and replace access points as it sees fit, the DOT cannot take any action that deprives a landowner of all or substantially all of the beneficial use of its property.  If it does, the landowner may seek compensation in an inverse condemnation action for the taking of its property without just compensation. 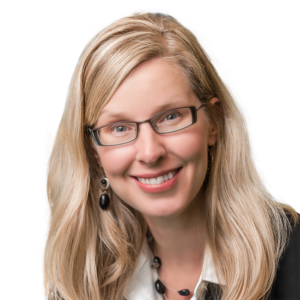