It’s Decision Time for the U.S. Supreme Court – Will the Court Do Away with the Quill Physical Presence Standard for Out-of-State Sales Tax Collection?

Since 1992, a retailer’s obligation to collect sales tax for out of state sales has been governed by the U.S. Supreme Court decision in Quill Corporation v. North Dakota.

The Court in Quill followed a Dormant Commerce Clause analysis to conclude that, because Quill Corp. lacked any real physical connection to North Dakota by way of employees, local operations, etc., it would be unconstitutional to require Quill Corp. to collect North Dakota sales tax.

The Quill decision stands for the principle that a company must have some physical presence within a state before it can be required to collect sales tax.

Fast forward to the internet age when Quill has been repeatedly blamed for creating an unfair disadvantage for in-state, brick-and-mortar sellers who collect sales tax and an unfair advantage for out-of-state retailers who do not.

Much of the rest of federal law has jettisoned the physical presence test. The obligation to pay income taxes and the need to face lawsuits in state courts, for example, do not depend on a physical presence but involve a broader, and less predictable, economic nexus analysis. Quill, on the other hand, has persisted despite annual predictions that it would be overruled.

The Supreme Court heard oral arguments in the case of South Dakota v. Wayfair on April 17, 2018. The case was brought by several online retailers seeking to invalidate South Dakota’s statute based on Quill. Justice Samuel Alito acknowledged that “the South Dakota law is obviously a test case,” representing “the most reasonable incarnation of this scheme” to change the Quill physical presence to something more in line with economic realities.

Ironically, one of the main groups opposing overruling Quill are the small business owners with shops on Main Street. With Amazon collecting sales tax nationwide and nearly every mom and pop retailer having a website and making the occasional on-line sale, the argument is that overruling Quill will be most burdensome to small retailers who would have to learn and comply with the sales tax rules in multiple states in order to make a handful of sales.

So, the court is faced with a difficult decision. Does it (some might say finally) do away with the physical presence standard set forth in Quill? Does it reaffirm Quill or attempt to clarify its scope? Does it simply deflect the question, and invite Congress to take action?

The questioning during oral argument showed that the Court was troubled by whether there would be limits on any new standard to replace Quill: is one sale in a state enough to require sales tax to be collected? If one sale is not enough, how can the Court determine how many sales are enough? And why isn’t Congress addressing these questions? While most commentators thought that Quill showed more life than expected, there was far from any consensus on how the case will turn out.

[1] Under most states’ sales tax statutes, a company that fails to collect sales tax when it is required to do so can be held responsible for the payment of the taxes, even though the tax should have been paid by the consumer at the time of sale. The state can also collect the tax from the individual buyer, and buyers are supposed to report these purchases and pay the tax, though few individuals comply. 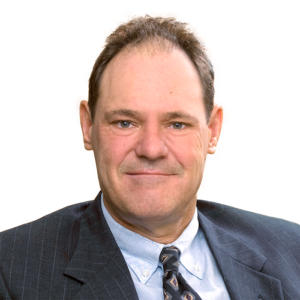