A felony is a criminal charge which carries a term in state prison, with more than a one-year sentence, as a potential penalty.

A misdemeanor may also include a term of incarceration as a penalty, but will be in a county or local municipal jail instead of the state prison system.

Other than the potential term of incarceration, felonies often carry “collateral consequences.” These are additional consequences, over and above any forfeiture or prison time.

Many defendants do not know about the collateral consequences of a conviction until it is too late.

Our lawyers understand the stakes. We will promptly meet with you, whether it is at Axley’s offices or in jail. During our free initial consultations, we will explain to you the entire process. We will expeditiously acquire the evidence necessary to analyze your case and develop aggressive defense strategies for trial. And for cases that will not proceed to a trial, we will work carefully with you and the prosecutor to handle those cases in a fashion that will result in the best possible outcome for you. 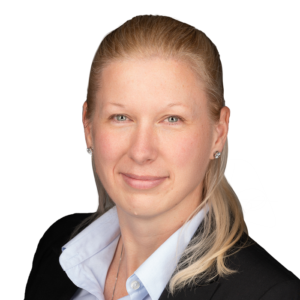 No Jail Time - Breaking and Entering/Theft of Jet Ski
A juvenile client was charged with multiple offenses including, Burglary, Felony Theft, Destruction of Property, Obstructing a Police Investigation, among other charges. Mr. Walsh obtained a disposition of the case whereby the client had no criminal record and no jail times; the client paid a fine and provided community service to a nonprofit group.
Walsh, John
Criminal Defense, Felony & Misdemeanor, Theft & Property Crimes
Felony Thefts from Interstate Commerce: Case Dismissed
Defended a client in a Federal Court criminal trial involving felony charges of theft from an interstate shipment (a federal offense). At trial the FBI presented video surveillance of the client unloading merchandise from the rear of a commercial semi-tractor trailer. Obtained a directed verdict and all charges were dismissed.
Walsh, John
Criminal Defense, Felony & Misdemeanor, Theft & Property Crimes
Homicide/Hit and Run: Minimal Jail Time
Defended a client charged with felony homicide by intoxicated driving and hit and run. Client struck a pedestrian during a snow storm and left the scene. Obtained a 30 day sentence and probation for the client.
Walsh, John
Criminal Defense, Drunk Driving, Felony & Misdemeanor, Homicide
View More

We all read the stories in the news. After a relationship sours, a scorned ex finds intimate photos that had...
Article

There are two basic types of crimes: felonies and misdemeanors. In Wisconsin, a felony is a crime that could result...
View All Alerts Signup